Benefits of innovative job titles in the workplace in 2021 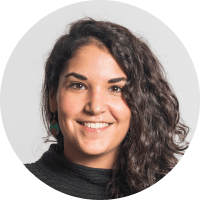 Office job titles are powerful. While only 1-3 words long, they attempt to define who we are, what we do and how we are remembered by others.

At work, our title is written on our offices, name tags and business cards.

In personal life, we get the (in)famous question “What do you do?” often even asked before our name.

Of course, there is more to life than work.

It’s no surprise, then, that according to one survey, over a quarter of employed people stated that their office job title didn’t accurately describe their responsibilities.

Many jobs cannot be singled down to a one-page job description anymore and touch multiple fields of expertise. More and more, we are seeing that companies are coming up with creative job titles that attempt to live up to their employees’ talents.

For example, the person responsible for predicting trends at AOL takes on the role of “Digital Prophet” and the receptionist at the front desk of Houghton Mifflin Harcourt becomes known as the “Director of First Impressions.”

However, does a creative job title change really alter long-standing perceptions about classical jobs? For example, does it change how a receptionist is viewed if they are called the “Leader of the Front” versus just being called “the receptionist?”

In fact, clever job titles do indeed change our perception of a person’s importance and role in that company.

In the past, titles like ‘director’ or ‘manager’ have been primarily used for roles in which people are on the top of the hierarchical structure of an organization.

We asked in our Front Desk Hero Facebook group (yes, you heard right!) the following question:

What job title does your company give you and your fellow FDHs at work?

And one of our group members answered:

"Receptionist, but it definitely doesn't fit with all that I do. I'm more like an Administrative or Executive Assistant. When people find out all of the things that I do, they are honestly surprised."

Companies using creative job titles play around with these “VIP” add-ons to disrupt the formal organization structure. A CEO does not necessarily need a director’s title anymore, but nobody could own the title of “Director of First Impressions” better than the personnel sitting at the front desk.

While job titles used to be a somewhat helpful indicator to understanding the status of an employee, that’s no longer the case.

The best way to deal with this new “way of the world” is to follow the golden rule: treat everybody the way you would like to be treated (no matter if they are the receptionist or CEO).

A creative job title sparks curiosity in people. It’s natural to want to learn more about a person with the title of “Director of Smiles” over the standard “Customer Service Representative” moniker, for example.

Therefore, a creative title can be a conversion starter.

By using a title that describes more about the role’s responsibilities —and less about the role itself— organizations can break old stigmas surrounding fields and even challenge perceptions about job groups we have no experience in directly.

Who knows, maybe the visitor will have a little aha-moment and recognize the  importance of hospitality. Maybe they’ll be inspired to treat all front desk officers with the same kind of enthusiasm moving forward.

Using titles to represent your brand

A replacement of classical job titles affects office dynamics because it is also a change in the company language.

This new vocabulary can be a strategy to raise awareness about jobs within the company. It can also be used to promote a new sense of appreciation regarding everyone’s responsibilities and talents.

Companies can therefore use creative titles to change their brand/company perception amongst their employees and to those interacting with the company outside of the organization itself.

If you were going to apply for a receptionist position at a new company, which would you rather be called: the “Front Desk Vibe Coordinator” or the “Secretary”?

Like most people, you might be inclined to go for the first title, as it conveys a sense of importance and uniqueness that the other does not.

A fun title makes us feel more energized, motivated and confident about our role within a company.

It’s definitely hard to feel as stressed about your position when you’re referred to as the ‘Happiness Coordinator’ instead of the HR person at the company.

An article in the Harvard Business Review referred to a study that looked at the psychological benefits to retitling and cites:

“Employees described how their new and improved titles made their jobs more meaningful and helped them cope with the emotional challenges.”

The concept of job titles has become even trickier since the pandemic has forced many companies to change how they do business. Traditional jobs and work roles shifted as remote work, downsizing, and extra precautions have forced many workers to take on new responsibilities not reflected in their original job title.

Companies that plan on returning to normal after the pandemic may choose to gloss over this unprecedented time and retain job titles. However, most organizations will continue to retain at least some of the changes during COVID-19.

In fact, 80% of company leaders stated that they would allow their employees to work remotely at least some of the time after the pandemic. In that case, they may need to adjust job title names accordingly.

The pandemic has also jump-started whole new careers and introduced innovative job titles that were uncommon before any shutdowns. For example, many corporations are looking for remote coordinators and the job title “Head of Remote Work” is quickly on the rise.

While the effects of COVID-19 on job titles is still new, it’s likely to produce lasting creative job title changes long after the virus has gone away.

It all comes down to meaning

A creative title has the power to change the meaning of a job —for ourselves, our team and even people outside our company.

However, it’s important to remember that the real meaning of a job comes from the effort and work put into the position. It does not stem directly from the title itself.

A creative job title, then, is best used as a daily reminder that it is up to us to fulfill our role in the workplace and to contribute to a successful environment.

So, maybe it’s time to ask yourself, what’s my job title?

Want to learn more? See similar articles in our New World of Work series, and sign up for our monthly newsletter below for all the latest.

As privacy laws about personal data evolve, so does Proxyclick and with it, our Standard Terms and Conditions. 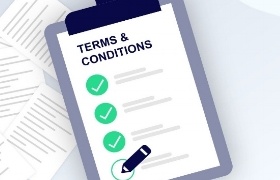 Proxyclick is now part of Condeco and that means that Proxyclick and Condeco users will now benefit from the same Terms of Service.