I'll be the first to admit that I had to Google "IFSEC" to learn that it stands for International Fire and Security Exhibition and Conference. It's comprised of six events worldwide (e.g. India, Korea, Philippines), but the IFSEC International conference in London is the annual flagship event.

It's basically the Comic-Con of security and safety and technology minus the cosplay costumes, although there is a bit of role-play scattered throughout the days (which you'll read about a bit later).

And as modern-day trade fairs go, this one's got its own Twitter hashtag, #IFSEC19, and a live poll running (for anyone curious to know where the majority of attendees plan to hang out):

Time for another poll! Where will you be spending the majority of your time at IFSEC? Get Voting!

Now, if you do decide you want to attend, then you can always contact us for a personal invitation to the event!

We'll be there at Booth IF2321 ready to talk about all things workplace security at the front desk with access control systems.

But if you're still reading up until this point, then you're probably more interested in why I don't think you should go to the event.

So let's break down the top 5 reasons not to attend IFSEC 2019, based on some stats from last year's IFSEC 2018 event:

Reason #1: The idea of a hands-on experience turns you off

Judging from last year's conference, it's abundantly clear that everyone involved—visitors, speakers, exhibitors, and IFSEC's very own celebrity presenter Michael Absalom—is high energy when it comes to all things security and technology…

But if you'd rather just stay in your comfort zone where you are, then no worries! That's what the internet is for, right?

You can just watch and read all about it after the fact.

Reason #2: You'd rather spend your time and budget on attending a thousand smaller events

IFSEC International is the biggest security exhibition in Europe. It happens at London ExCeL (Exhibition Centre London) which is located on a 100-acre site.

Over a 3-day period, you'll be able to meet tens of thousands of global security professionals attending IFSEC and 3 other major events:

But it's okay. If you'd rather fill your calendar running around the globe and chasing people down on your own, then so be it!

Reason #3: There's nothing left for you to learn from leading strategists and thought leaders

In partnership with City Forum and London First, IFSEC has assembled a congregation of leading strategists from government, academia, law enforcement, technology and industry to drive and reflect on the issues facing society now and in the future.— IFSEC International

Last year boasted "3 inspirational speakers" but it looks like IFSEC 2019 will easily surpass that number this year.

But if your networking skills can get in a room with such innovators on your own, then more power to you!

Reason #4: Business is booming so you have no need for new business

Is it because you exhibited at last year's event and generated enough leads to last you another year?

According to the numbers, more than 40,000 leads were generated as a result of last year's conference.

Our team at Proxyclick can attest to the fact that we connected with loads of like-minded professionals last year, and that's why we're excited to be there again this time!

But if you don't want "unparalleled networking opportunities" with upwards of 50,000 peers, then stay away from IFSEC 2019.

Reason #5: The words "attack testing zone" scare you too much

We've already mentioned how "hands-on" this conference is, but to be more specific: There is an actual "LPCB Attack Testing Zone."

It's also a returning showcase of the very best in physical and perimeter security solutions. It's not exactly role-playing in the popular sense, but the "live attack demonstrations" are carried out by testers in full uniform!

But if you're not interested in keeping your premises secure, then you can totally skip it.

As a matter of fact, you can even ignore IFSEC's snazzy infographic showing more numbers from last year's event:

In all seriousness, Team Proxyclick would love for you to attend.

Even better, we want to meet you and find some time to show you first-hand how you can manage security at the front desk with access control systems.

We'll be at Booth IF2321. And we promise to have a handful of colorful characters speaking a total of 5 different languages between them.

If you'd like a personal invitation to the event then don't hesitate to get in touch with us today!

So what can we expect from this year's event?

In fact, our CEO and founder Gregory Blondeau will be there personally to go deeper into more than one of those topics. 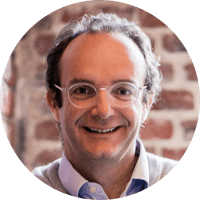 But I know for a fact that he's secretly psyched to witness some more of the (safe) chaos and destruction at the "attack zone" again this year. So if you spot him in the zone then be sure to chat him up.

And stay tuned for more details and inside scoops on what else to expect from us in London and beyond.

Hint: We have a special security webinar planned for June 26th!

What to expect at trade fair SAET2019 in Paris this year 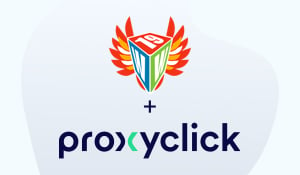 See you in Phoenix for IFMA's World Workplace 2019

In just a few short weeks, our team will be headed to sunny Phoenix, Arizona, to meet a whole new network of facility-minded professionals … 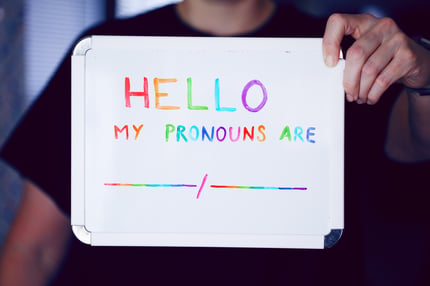 Why are gender pronoun badges at work important?

Diversity and inclusion is at the forefront of many organizations across the world, especially as many of us celebrate Gender Equality …