7 no-nonsense tips on growing a multicultural client base Have you ever felt lost in translation? Like Bob during his stay at the Park Hyatt in Tokyo from the movie Lost in Translation?

I can certainly say that during my 10 years of living abroad, I experienced my fair share of humorous but yet enriching multicultural moments.

At Proxyclick, being multicultural is partof our DNA. Not only was the company “born” in trilingual Belgium, but the management team speaks multiple languages and my colleagues come from many different parts of the world.

But how do you adapt your product and your interactions with customers to meet the requirements of a multicultural client base?

Expectations are very different from country to country, as we learned the hard way.

By managing a multicultural client base, here are the 7 lessons my colleagues and I learned from our partners and customers, both by interacting with customers and by developing our product:

1. Using all language expertise of the team

Together we speak English, French, Dutch, German, Italian, Spanish, Ukrainian and Bulgarian. We noticed how much our (prospective) clients appreciate being able to talk with us in their mother tongue, even if they can speak English.

While we all have different tasks and responsibilities, all of us are ready to get onboard whenever required.

So it just might happen that you have a German conversation with someone from marketing, just like the last a few months ago: 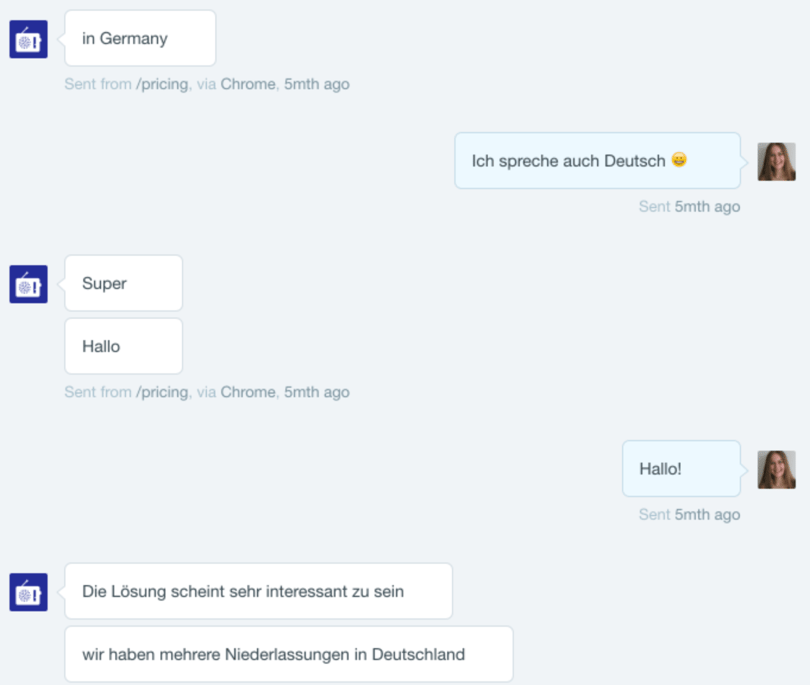 2. Knowing a person’s tolerance for a speedy reply

We learned that the expected response time of answering emails is different between the two sides of the Atlantic.

Broadly speaking, while in Europe our contacts feel that a 1-day response rate is fast, often times our contacts in the US expect a response within the hour.

US clients want speed. We’ve observed that it is crucial for them to know that their issue is being managed almost immediately after reporting it, even if a resolution is not yet possible.

Europeans on the other hand are more often looking for a detailed email explanation in an initial support request, and in some cases, are more accepting of a longer response time.

3. Using emoji and other forms of informality

We have been using live-chat for a few years and have noticed that the usage of emoji in our chats varies strongly both within our team, and within the sales and support conversations we have with the public.

Dave from our US Customer Success team told me that he relies primarily on  intuition to direct when and if he uses them:

He finds that it can add a little human touch and even elevate the mood, so he’ll never pass up the opportunity to reciprocate if greeted with a Smiley Face.  From his experience English natives are most likely to use them.

We’ve also noticed that conversational informalities are becoming more ubiquitous, even in countries perceived as being more traditional like France and Germany.

Furthermore, the medium used to communicate plays a huge role in predicting the form that the message takes.

We’ve often witnessed that people will change their level of formality depending on whether they are using our live-chat platform, or emailing us.

From our experience, North Americans tend to be quite curious and open-minded in beta-testing new software developments.

The excitement to try new developments before anyone else is strong, and they’re more open to the possibility of encountering a rare bug along the way.

Europeans, in our experience, prefer to come on board after the official release.

5. Importance of our multi-language feature

As an example it’s possible to use Proxyclick in one language, but send your visitor an invitation in another.

Customizing the language of the visitor invitation

One of our customers headquartered in Thailand was thrilled to know that when their VIPs would come, they would be greeted in Thai on the iPad.

They actually helped us translate Proxyclick into Thai!

6. Gender or no gender

A few years ago, we wanted to add a gender variable in the app for a more personalized experience e.g. by designing a female/male avatar for the visitor badges without photo. This raised some deeper questions. What would be the default and why?

We started by translating the three French salutations Madame, Monsieur and Mademoiselle, into other languages.

In French it can be quite charming to call a young unmarried woman Mademoiselle. So we added a corresponding field in the gender section.

However, a German lady was not as charmed as we had hoped for, insisting that "No one says it in German anymore!"

At the same time, a US customer contacted us wanting to remove the gender question from the user profile altogether.

Fräulein and Sig.na is not used in business language anymore!

Once translated to another language, the true complexity of the well-intentioned undertaking began to reveal itself!

To further complicate matters, our IT team needed to finalize a salutation dropdown menu that contained the same number of choices, independent of user language preference.  But with different languages offering a different number of salutations, that meant that the code would have to be more complex than originally anticipated.

Needless to say, when the decision was made to scrap the gender field idea, our IT team did not mind, and some of our customers breathed a deep sigh of relief : )

A similar predicament occurred  when it was time to decide on the salutation for our check-in notifications. Do we use the first name, the last name, or both?

We decided to go for the first name. A few days later a European client contacted us...

Although the email was automated, the company was uncomfortable with the fact that their CEO would receive an email addressing him by his first name.

As many of you already know, the tone of voice that we prefer to use is somewhat informal while also professional. We considered using the last name for English check-in notifications, but that also did not feel right. In addition, we would bring back the same problem of different numbers of salutation forms :-)

So how did we address our customer’s concern? You guessed right! 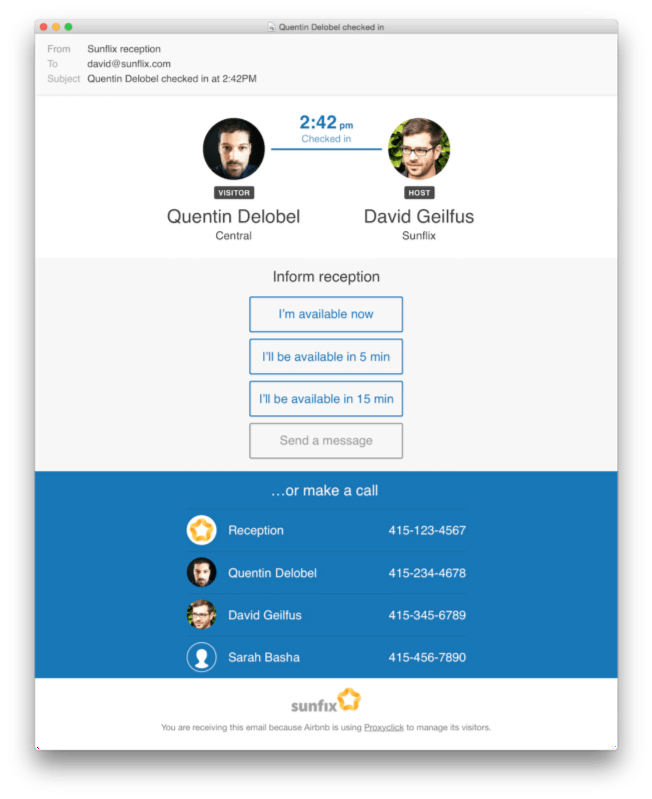 We completely removed the salutation, and enabled you to make your own changes to the notification template.

Being lost in translation

Our Lost in Translation moments can be awkward, funny, embarrassing and sometimes even uncomfortable.

And because they are, they are unique source of learning.

Being a company with a continuously growing multicultural client base, it is important for us to be highly sensitive to every culture within every geographic market we serve.

For all our recent lessons that make us a better company and better individuals, we’d like to thank you, our customers and prospects. 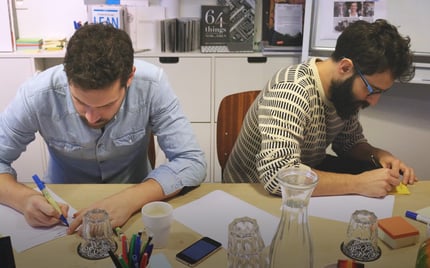 As privacy laws about personal data evolve, so does Proxyclick and with it, our Standard Terms and Conditions.