What are the must-have skills for receptionist jobs of the future? 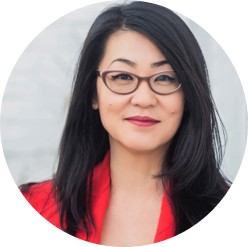 When I moved out of my parents' home at age 19, I was a sophomore at New York University with no savings to my name and very limited work experience.

But I was determined to make it, living on my own.

At the time, working four jobs at once wasn't a big deal to me.

In fact, lots of Americans (and non-Americans) have always worked and will always work more than one job, no matter how strong "the market."

Back in 1996, I just happened to be young, broke, and just trying to make ends meet living in a tiny basement apartment. But according to the United States Department of Labor, "multiple jobholders" is an actual thing: 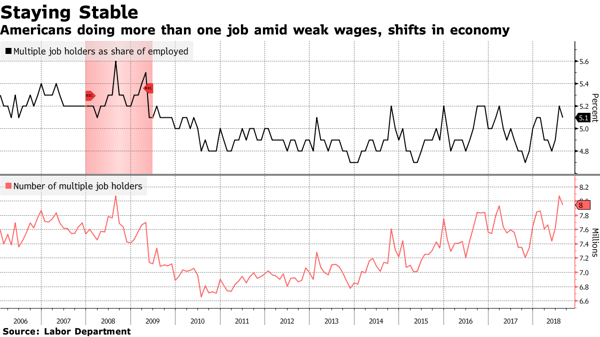 Well, all four jobs got me through that first year of independence.

And they helped me realize something important: I preferred being in an office work environment.

This realization would determine the next steps in my professional career: a career that started with a couple of part-time receptionist jobs. But these jobs helped me build my professional network and my resume into a full-blown career path.

Going from receptionist to...

Speaking in broad terms, there are two types of receptionists.

There are "career receptionists," and then there are those who take a receptionist job as a stepping stone. I'm a big believer in everything happening for a reason, so I'm not opposed to either of these kinds of receptionists.

However, the job of a receptionist shouldn't be taken lightly.

A simple Google search unveils tips, how-tos, and steps that receptionists should take to leave the role of receptionist behind—maybe eventually take over the world.

Could it actually start with mastering the art of corporate hospitality?

From receptionist to CEO: Karen Kaplan

Take, for example, the story of Karen Kaplan.

She's now the Chairman and CEO of Hill Holiday, an advertising agency where she started out as a receptionist back in 1982.

Fresh out of college with a degree in French literature, Kaplan had never intended on going into advertising at all. The funny thing is, she'd just moved back in with her parents after school.

When she was hired as the company's receptionist, at the age of 22, she approached the job with a winning attitude.

One of the things the then-CEO said to me changed my life and my career ambitions. When I got the job, he looked at me and said, 'Congratulations, you are now the face and the voice of Hill Holliday.'

No matter the title you're hired as, taking it a step further with a creative job title like "CEO of" as your motivation to keep it moving.

Kaplan needed that motivation. Her early days at the front desk weren't easy because of the stigma attached to being "the low man on the totem pole" as a receptionist.

It's one of the uglier truths of being a front desk hero. But Kaplan never let the snide comments and ignorance of a few people hold her back.

From receptionist to CEO: Wendy Clark

More recently, we saw "former-receptionist" Wendy Clark named DDB's first female global CEO in 2018. I remember seeing this story pass by on my LinkedIn timeline last year, and silently cheering for Wendy Clark and her accomplishments.

But unlike Karen Kaplan, Clark had always had her heart set on working in advertising. She certainly made her dream come true, but she was methodical about it.

Straight out of college she made a beeline to become a receptionist just to get her foot in the door in advertising. It was a smart decision, but it came with a price at first.

There were people who, when I was a receptionist, didn't treat me very nicely all the time and belittled me or thought less of me. They had no clue what my story was, what my journey was. And I have never, ever forgotten that.

—Wendy Clark, on the subject of career advice

Having been in the trenches of receptionist work myself, I can attest to these kinds of experiences even in prime examples of company culture. But aside from these battle wounds that come with the front desk territory, what else do these two powerful executives have in common?

I like a challenge. I like it when people say, ‘That’s crazy! Why would you think about doing that?’ That’s perfect for me. Under estimation is the greatest motivator you can give me.

This idea of persistence and never giving up, bodes well for both career receptionists and ladder climbers alike.

Because there's no time like the present to acknowledge the past, before pushing forward into the future.

A brief look into the history of administrative professionals

We've all come a long way from the days of World War II, which saw the birth of The National Secretaries Association out of a dire need for skilled administrative personnel. 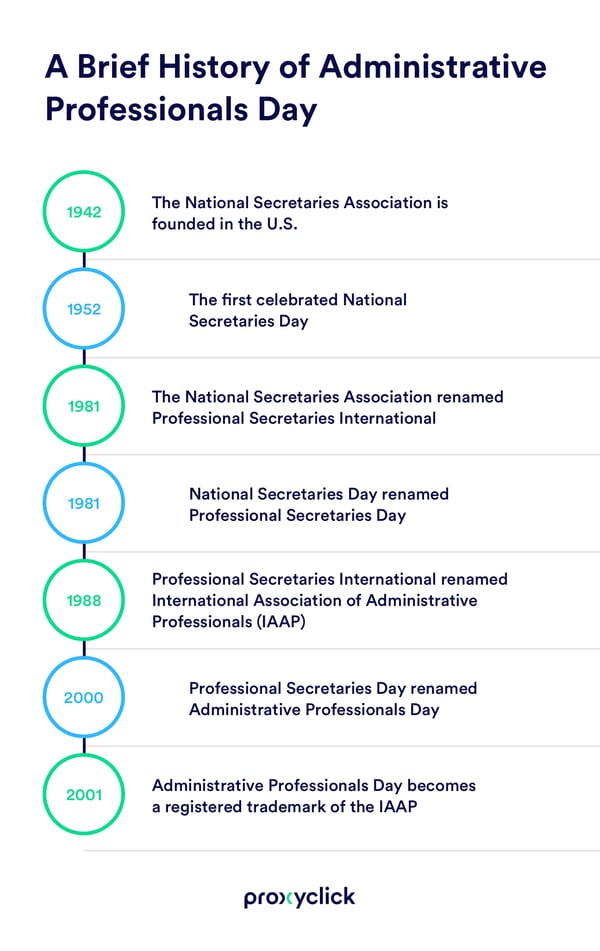 If at first glance, this timeline is too wordy or feels a little problematic to you, then you're not alone. It's exactly what we wanted to relay.

The IAAP does great work as a 501 (c)(6) registered not-for-profit professional association for administrative professionals. But my biggest takeaway from the "history of administrative assistants" isn't about branding or re-branding or trademarks, but the fact that business is about people.

It always has been and it always will be, about people (including receptionists and admins of all kinds).

So what are some of the concrete skills you should possess, and things you should be doing, to better manage people and become your own "CEO of the reception desk?"

The future of receptionists jobs and the skills needed

The World Economic Forum published their Strategies for the New Economy: Skills as the Currency of the Labour Market earlier this year, including a list of specific skills in demand for the future of work.

If we compare the lists between 2018 versus 2022, then we see 8 skills in common between the two lists:

Granted, these skills are not specific to receptionists jobs but to the future of jobs—all jobs. But there's no question that receptionists and other admins can sleep better knowing that they already possess most, if not all, the skills listed above to do their job today.

The right amount of professional development and additional training can make all the difference. Especially given the fact that two of the trending skills for 2022 revolve around technology.

The pink elephant in the waiting room: Technology

Let's get one nagging misconception out of the way. Receptionists aren't going anywhere because technology isn't going to kill the role of the receptionist.

As a matter of fact, in the U.S., receptionist jobs are projected to grow by 9% over the next several years. And this is taking into account the technological revolution we're currently going through.

Sure, virtual receptionists, robots, and artificial intelligence might be making some of our lives easier. But they aren't nipping at receptionists' heels in any real way.

For example, visitor management systems like Proxyclick weren't built to push receptionists out of their seats.

In the spirit of full disclosure I'll share something else with you. During my interview process here at Proxyclick, for the job I'm currently in now, I asked a very direct question.

"Is your visitor management system meant to take away receptionists' jobs?" Truth be told, I was nervous about the answer I'd receive.

I was shown this video, at the one 1-minute and 17-second mark to be exact:

When I first heard that we were going to get the Proxyclick system, I was not happy at all because I thought it would stop me from talking to people. But now that we've got it, I realize that it's had the opposite effect. I can really interact with people and they can talk to me.

When I heard those words, coming from a real receptionist's mouth, I was surprised at how relieved I felt.

My days of being a receptionist, an administrative professional, are long gone now. But the feeling of solidarity is still there. At that moment I realized the impact the early part of my career had on my psyche today.

Nearly a dozen industries and 25 years of work experience later, flying solopreneur to managing teams inside massive global organizations, I can now look back and laugh at all the mistakes I made along the way.

And I can't stress enough the importance of becoming damn good in whatever role you find yourself in, at any point in your career:

At Proxyclick, we celebrate the role of the receptionist and all the human connections we help provide.

So if you're an administrative professional reading this, and your office space needs some future-proofing in the way you welcome visitors, then be bold and take initiative.

To learn more about how Proxyclick's front desk solution works, book a demo with one of our experts today.

When it comes to difficult visitors and de-escalation techniques, front desk workers are the workplace’s true unsung heroes. 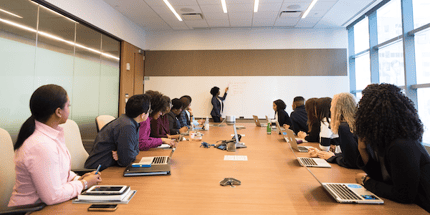 Benefits of innovative job titles in the workplace in 2021

Office job titles are powerful. While only 1-3 words long, they attempt to define who we are, what we do and how we are remembered by … 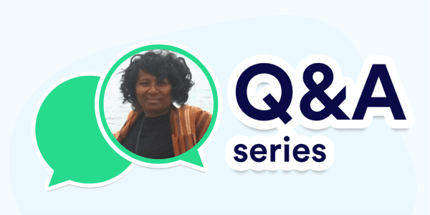 Over the past few weeks, a series of new conversations have sparked regarding the future of the workplace and the new normal that we’re all …